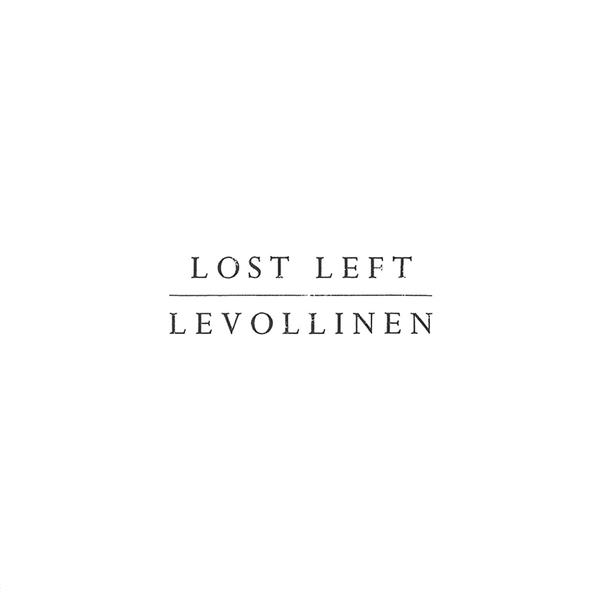 LEVOLLINEN, was recorded in and around Ben’s home in South London over the course of half a year. They subsequently took a trip up to Glasgow to record more songs with Marcus Mackay in his old converted coach-house which is home to The Diving Bell Lounge (Trembling Bells, Alasdair Roberts, Snow Patrol, Kathryn Joseph, Frightened Rabbit).

LOST LEFT quietly self-released this album in 2012, and after Ben packaged off a handwritten note and 7” sampler to Jarvis Cocker and Gideon Coe at 6 Music, it resulted in them receiving a few radio plays from them as well as selling out their home-made CD stock at Rough Trade. But life happened; they disbanded, and are no longer playing together, meaning this album is unlikely to be played live again.

However, on Hits the Fan Records’ re-launch in January 2015 (for the release of now critically acclaimed Kathryn Joseph’s album), they knew that their next big album release had to be this album from LOST LEFT - an unearthed gem of an album that deserved to be heard and celebrated as one of this decades hidden and understated musical masterpieces.
++++

"music which lives and breathes, and changes direction in a moment"
"there's virtuosic guitar work from Pritchard which would appeal to fans of Yo La Tengo and Stephen Malkmus"
"Lost Left are gone and we'll never hear this album played live"